The critical deadline for solving the seafarers’ problem has already come – say market participants and experts interviewed by «Yug.Today» Appeals, petitions, letters, comments in social networks and flash mobs – Ukrainian seafarers have already used the whole arsenal of tools to convey the importance of their problem to the authorities of the country. But as of today, no change in the legislation that would allow the seafarers to cross the border to further board vessels has been adopted. Is it possible to find a compromise by which the seafarers would be able to get to work and earn money to support their families and help the Armed Forces of Ukraine, rather than being forced to ask for material assistance themselves? But what will happen if the seafarers and their representatives fail to bring their point of view to the leadership of the state? Journalist «Yug.Today» Diana Gerginova spoke with maritime lawyers and market participants to understand what is happening and when seafarers will finally be allowed to go abroad.

According to the lawyers we interviewed, since the beginning of the war they have repeatedly received requests from both Ukrainian companies and their principals, mainly from Germany, Cyprus and Singapore, asking for clarification of the situation related to the ban on the departure of men of conscription age. They say that from the employers’ point of view the problem is as follows. There are Ukrainian seafarers who went on a voyage before February 24, having signed a contract of employment for a certain period. Usually it is four to six months plus or minus one month at Owners option. Accordingly, as of today, it is time to change these people. In the time of peace, their places would be taken by the same Ukrainian seafarers who already have all the necessary documents for work. Accordingly, now the employers faced the problem – with whom to replace the seafarers, whose employment contracts have expired. There are two options here: either they exchange them for Ukrainian seafarers, but let us remind you that this is not possible now as the ban on men of conscription age leaving the country, or for seafarers from other countries. Here we should understand that there is competition at the global labor market, and Ukraine is literally “being stepped on the toes” by Southeast Asia – India, the Philippines, and Indonesia. Their seafarers would be glad to work in European companies. This is especially relevant for senior officers. Shipowners’ demand for this particular category of Ukrainian seafarers is very high due to their qualification, professional experience, and level of English. So if Ukraine does not solve the problem of crossing the border by seafarers now, the employers will be forced to replace our seafarers with their colleagues from other countries. And from the point of view of long-term prospects we, unfortunately, can lose access to this market. It will be very difficult for our citizens to return there in the future, and it may happen that it is simply impossible to do so. And all this does not take into account the fact that a seafarer from the Philippines will cost less for an average employer than his Ukrainian colleague due to the existing problems with logistics. Let us remember that there are no airports in Ukraine now, and the nearest airport in Chisinau can hardly be called convenient – most major (network) airlines do not fly there.

We contacted – we were told that we were heard

According to the sources in the seafarers’ employment services market interviewed by us, since the beginning of the war, the ship managers have sent appeals to the Office of the President, the Cabinet of Ministers, the Maritime Administration, and the Ministry of Infrastructure with a request to solve the problem. These appeals were considered and answered, the essence of which was that the authorities understood the problem and were ready to solve it. A draft of amendments to the Resolution of the Cabinet of Ministers № 57, which approved the Rules of crossing the state border, was developed. We would like to remind that the question of Ukrainian athletes traveling abroad was settled at the end of May namely by making changes to the Rules. This draft has been submitted to several ministries – the Ministry of Infrastructure, the Ministry of Defence and the Ministry of Economy. So far it has not been considered by the Government.

Some companies are helping seafarers to “wait out” the war abroad

Some companies have taken this step to allow seafarers to return to work freely. They pay for their workers to live in other countries, mostly in Bulgaria and Romania. And the seafarers stay abroad not because they will be mobilized after crossing the Ukrainian border (not everyone will be mobilized), but as they do not know when they will be able to go to work next time.

Mazurashu, Dubinsky and other draft bills

According to lawyers, in order to put a draft bill on the agenda of the Verkhovna Rada of Ukraine, it has to pass a number of expert reviews and discussions in parliamentary committees. All this may take quite a long time, and it is not certain that in the end the document will get into the session hall. Therefore, amending the decree of the Cabinet of Ministers is the fastest and most realistic way to solve the problem. Moreover, this method has already been used for other categories of men who need to travel abroad due to their professional activities.

If you want to leave, pay. Pro et Contra

As far as the editorial board of Yug.Today is aware, some market participants proposed the use of a so-called “one-time payment”, the implementation mechanism of which is somewhat similar to the mechanism of pledge provided for in the Criminal Procedural Code. That is, it was proposed to grant exit upon payment of a certain amount, which in case of a person’s non-return to Ukraine is charged to the state budget. The option of a fixed payment and the payment of a certain percentage of the wages which the seafarer expects to receive during the voyage was also considered. This is not a classic tax, but rather a “security deposit”. The second option, also discussed by the participants of the process, is the so-called “legal bribe”. That is, taking into account the known cases of illegal crossing the border for a “fee”, it was proposed to replenish the country’s budget through the establishment of a fixed fee for leaving the country. In this case it does not concern only seafarers, but all men intending to leave the country. But the idea was criticized as it put “rich” and “poor” citizens in an unequal position. Market participants think the idea of the “security deposit” is not bad, especially if you are not tied to a fixed amount. After all, wages of seafarers among officers and rating sometimes differ in several times. This, of course, would require legislative changes, as the mechanism must be clearly stated in the law. As for the technical side of the issue, it can be solved, for example, through the “DIIA” app. Just as it was found for the “eSupport” service and for paying taxes through the app. But the technical component here is secondary. It depends on the existence of a managerial decision on the use of such a mechanism. There is no such decision yet.

Assistance for refugee seafarers from the state

Seafarers who left the temporarily occupied territories, just like other citizens, may count on assistance from the state. That is, the status of a seafarer is irrelevant here. As for targeted assistance to the seafarers, it should be understood that since Ukrainian seafarers do not pay contributions to the Pension Fund of Ukraine and other social insurance funds, the question of paying them any targeted assistance is inappropriate. It should also be remembered that a seafarer, as any citizen of Ukraine, may apply to the Employment Center and become registered as unemployed and receive appropriate assistance. In theory, a seafarer may be offered a job “ashore” related to his specialty. This could be a job, for example, at the Ukrainian Sea Ports Administration or seaports of Ukraine, a crewing or agency company.

There are two ways of joining the Armed Forces of Ukraine – as a volunteer and through mobilization. Volunteering is an individual matter. As for mobilization, it should be understood that every person who has served in the army or graduated from a military department has a so-called MES – a military education specialty. Information about availability is recorded in the military ID card. When there is mobilization, as now, there is, conventionally speaking, a demand for certain specialties, which the General Staff, based on the situation at the front, brings to the regional Territorial Recruitment Centers. There is a list of specialties, approved by order of the Minister of Defence, for which today it is even forbidden to reserve workers. That is, they cannot be granted a deferment of military service under the conditions of a special period. As for seafarers, there is no universal answer. Some have only one “maritime” education, some already have a second one, and before that they got another specialty. Some have experience in the army, some do not. And someone in the military department received a certain military registration specialty, which may be unnecessary at the front now. Only the seafarer himself knows what his specialty is. It would be short-sighted to tell everyone to “go to the Armed Forces of Ukraine “. I have heard from many officers myself and repeatedly that they do not need inexperienced and unmotivated people at the front. At the same time, while some are fighting, some must also earn money. To earn money and send it to Ukraine, to spend it in stores, to pay for services, thereby supporting the economy. It does not work any other way.

The deadline for solving the seafarers’ problem has already come

The experts, whom we interviewed, agree that the deadline for solving the seafarers’ problem has passed. In less than ten days it will be five months since we have been at war. An average seafarer’s contract is four to six months. In other words, there are people who went on a voyage as early as October-November or even earlier, so the deadline for their replacement has long since passed. Under international conventions, in particular the Maritime Labour Convention and the resolutions of the International Maritime Organization, it is forbidden to extend a seafarer’s contract indefinitely. Of course, a person can be persuaded to sign a contract extension for a couple of weeks, sometimes for a month. But it cannot be done indefinitely. And if tomorrow in one of the ports it turns out that the seafarer has been on board for 12 months, for example, the shipowner will be penalized for this. Yes, the seafarer will not be punished for that, because he is an employee. Meanwhile, sanctions against the shipowner can be quite serious. That is why those who employ seafarers are interested in complying with all the rules. Therefore, I repeat, such a time limit has come to an end. The deadline for solving this problem has already passed. 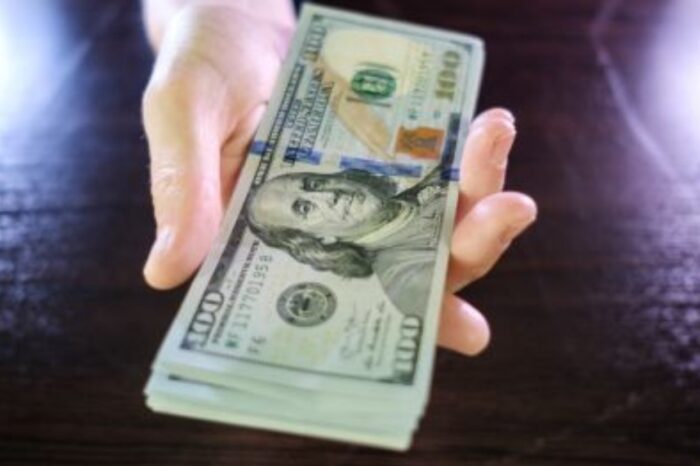